Outcome from COP 26: Was the alarm heard and action taken?

Since I have spent some time on COP26 in previous articles, I think that I should say something about its outcome. The fact that the meeting concluded, on Saturday, November 13, a day later than scheduled, is an indication that these were serious and very tough negotiations. Everyone certainly did not get what they wanted. I am sure that the young protesters outside the conference centre were disappointed, feeling that the code red 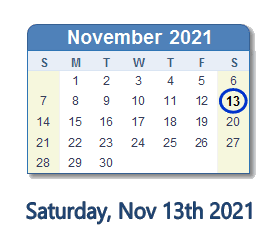 alarm had not been heard and the outcome was weak.

The Glasgow Climate Pact adopted is a compromise document. It will take continued advocacy, at the community, national, regional and global levels, to ensure that what was agreed is implemented. Countries, with their private sectors and other interest groups, need to be persuaded that while economic interests are important, the climate and the future of the earth and mankind should take priority so that more ambitious goals can be set at COP27 in Egypt in 2022.

The Glasgow Climate Pact, which is available online, is 10 pages and will 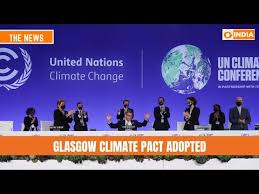 take a little time to peruse. Its headings are science and urgency; adaptation; adaptation finance; mitigation; finance, technology transfer and capacity-building for mitigation and finance; loss and damage (from climate change); implementation; and collaboration.

So, in summary, what was achieved?

The CARICOM negotiators, like those of other developing countries, would not have been happy with the outcome, especially on financing. In addition to the EU, it remains to be seen what further pledges will be made and actually paid. It is one thing to make a pledge and another to actually see the funds paid over, and to be able to access them.

The general implementation is another matter. Again, one can make pledges and commitments, but actual implementation is the real challenge. This starts here in the CARICOM Members States by doing what has been pledged to improve the environment in each country i.e. protecting watersheds, planting trees, protecting mangroves, reducing pollution, designing and constructing buildings on a green plan to use less electricity, landscaping to utilize native trees evolved to withstand hurricanes, and promoting renewable energy. In this region, the private sector needs to be more engaged in matters related to the environment and climate change.

It also requires collaboration in CARICOM and with allies in the group of Small Islands Developing States (SIDS), the Organization of African Caribbean and Pacific States (OACPS), the Community of Latin American and Caribbean States (CELAC), the Group of 77 and China, the Commonwealth, and wherever, our voices can be heard to press our case.

The alarm continues to sound. The action was not as desired. All of us need to be aware of the grave danger facing us and play our part from the home to the pressure exerted on governments for action. No one is exempt from the impact of climate change.

Tobacco use continues to fall, but still ‘long way to go’