The Commonwealth – some foggy commentary

As the matter of regional candidates for the post of Secretary General of the Commonwealth became breaking news, just after the visit of the Duke and Duchess of Cambridge to Belize, Jamaica, and the Bahamas, much commentary has been generated in the media, on Facebook and elsewhere, especially in Jamaica. Regrettably, in my view, much of it has not been grounded in a depth of knowledge of the Commonwealth organization. Some commentators could not think of anything useful which the Commonwealth had done or anything related to it. Yet, Jamaica is preparing to send a quite large contingent of sportsmen and women, coaches and officials to the multi-sport Commonwealth Games in Birmingham, England, this summer. Jamaica’s netball team, “the Sunshine Girls”, is hoping to medal at the Commonwealth level which is the highest international level at which they can currently compete. Cricket is also included in the Commonwealth schedule of sports.

In sometimes harsh commentary, I do not recall anyone mentioning that Jamaica and other Commonwealth CARICOM countries have been participating successfully in the Commonwealth Games for decades. In fact, 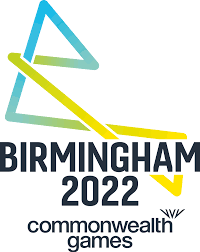 Jamaica remains the only Caribbean country to have hosted these Games when it did so in 1966. The Games are administered by the Commonwealth Games Federation. The Caribbean is represented on its Executive Board and Hon. Mike Fennel of Jamaica is an honorary life president.

Not many seemed also to remember Commonwealth Scholarships. Each year, a number of students from Jamaica, and other CARICOM countries, 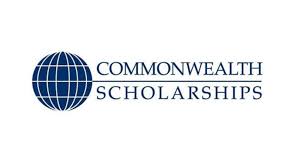 Commonwealth Day is also observed in March each year. The Day was observed nationally on March 14 this year with the theme, “Our Unity is Our Strength” and received media coverage.

Commentators also did not seem to recall that the Commonwealth Heads of Government Conference (CHOGM) has been held biennially since 1971. Jamaica hosted the Conference in 1975 when Prime Minister Michael Manley was Conference Chair-in-Office. In 2009, Trinidad and Tobago hosted with Prime Minister Patrick Manning as Chair-in-Office. Of course, press releases are issued when Heads of Government are attending these meetings wherever they are held.

Commonwealth portfolio Ministers, Finance, Education, Health, among others, meet quite regularly.  Some of these meetings, through the years, have been hosted in this region.

The Commonwealth is known to have done extensive work on the vulnerabilities of Small States and has been among the first organizations to bring the concerns of Small States to international attention. This work now 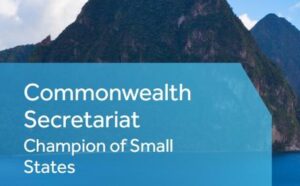 includes the impact of climate change. The Commonwealth has assisted its small states to have permanent representation at the United Nations in New York and in Geneva.

To address trade issues at the multilateral level, the Commonwealth has collaborated with the OACPS (ACP) and EU, the International Trade Centre (ITC) and the CARICOM Secretariat to provide technical support to Members. With Brexit looming, there was much speculation in the media about whether this group could return to playing a more important trade role, possibly as a trading bloc. The meeting of Commonwealth Trade Ministers was initiated in 2017. I wrote articles on the Commonwealth and trade which were published in the Gleaner.

I am concerned that within this region, academics, media personnel and public commentators, now seem to be quite uninformed about regional and international organizations in which CARICOM countries are members and, in some cases, founding members. These organizations include CARICOM itself, the Association of Caribbean States (ACS), the Community of Latin American and Caribbean States (CELAC), the Organization of African, Caribbean and Pacific States (OACPS), as well as the Commonwealth. This is while many in this region speak of the importance of promoting South/South Cooperation and point to the injustices of the international economic and political systems and the power wielded by the developed countries.

At the University of the West Indies (UWI) and in other universities in the region, I think it would be difficult to now find an academic who can speak authoritatively about these organizations, their work, and the benefits to the region. The UWI Institute of International Relations (St. Augustine Campus) occasionally will have a speaker on specific subjects. Ambassador Ransford Smith of Jamaica, former Deputy Secretary General of the Commonwealth, delivered a lecture on the Commonwealth at the Institute last year. I note that he contributed an article on the Commonwealth which was published in the Gleaner on Sunday, April 10. I must acknowledge that the UWI’s Sir Shridath Ramphal Centre has periodic webinars highlighting trade issues.

There is a need for our academics, media personnel and commentators to be better able to speak with authority about these organizations and subjects in international relations of interest to CARICOM Member States. In fact, these organizations should be part of the curriculum of study and research in our universities. Whether it is thought that they are of value or not, one’s arguments/analysis should be knowledge based and not arise from emotion based on limited information, and conflation of various issues, thus contributing to misunderstandings.

Looking back at La Soufriere eruption