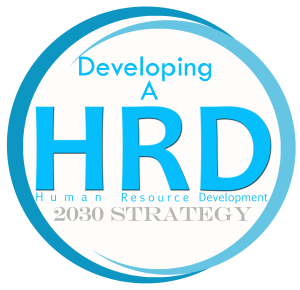 According to Assistant Secretary General in Charge of Human and Social Development at the CARICOM Secretariat Dr. Douglas Slater, who gave the main address at the launch, the Region can be proud of the strides it has made in Human Development particularly in the areas of health and education. He said the Region’s young people continue to excel in several traditional professions as well as in the creative industries but cautioned that those successes were no longer enough. He said the fact that several young people continue to be left behind cannot be ignored.

Slater explained that it was against this backdrop that the CARICOM Heads requested and reviewed an analysis of the challenges and successes of the Region’s education system and mandated the establishment of the commission. He said based on the initial work of the Commission, it was clear that the solutions for addressing the challenges identified in the education and training systems do not reside solely within that sphere.

“If we are to be successful in implementation of this conceptual model of development, then there needs to be a significant shift in the way in which we think and do business both nationally as well as regionally” Dr. Slater noted.

“The task before us is not a simple one. It requires political will, but equally so, the focused engagement of all stakeholders in this effort.”

In closing his remarks Dr. Slater used the opportunity to thank the Caribbean Development Bank for its partnership in the establishment of the Commission. He also recognised the members of the Commission noting that they brought what he referred to as a considerable wealth of talent and infectious enthusiasm to the process.

Director of Projects at the Caribbean Development Bank Mr. Daniel Best spoke on behalf of the funding partner. He said the Bank was pleased to be associated with the development of the CARICOM Human Resource Development Strategy 2030. He noted that the education sector in the region has been a key driver of the social and economic development and acknowledged that significant strides have been made by Borrowing Member Countries of CDB, as both quantitative and qualitative outcomes have been achieved.

“We are pleased that the work of the Commission has begun. At CDB, we look forward to the Regional HRD Strategy” he said.

Caribbean marine resources worth hundreds of millions of dollars

Region warned to be prepared for high flooding, landslides