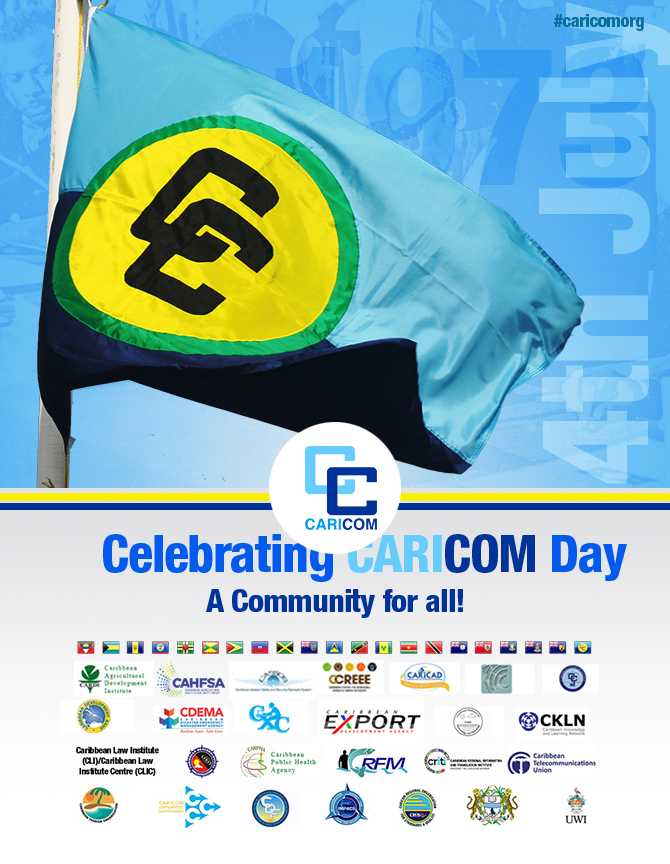 At the Eighth Heads of Government Conference of the Caribbean Free Trade Association (CARIFTA) held in April 1973 in Georgetown, Guyana, the decision to establish the Caribbean Community was brought to fruition. The process through which it was established is set out in the Georgetown Accord issued by that Conference. The Accord which was agreed to in April 1973 contained the draft treaty which we now know as the Treaty of Chaguaramas.

End of Year Message From the Secretary-General of the…

Remarks By CARICOM Secretary-General at Community Council of…

The original signatories to the Treaty on 4 July, 1973, were Prime Ministers Hon. Errol Barrow for Barbados; Hon. Forbes Burnham for Guyana; Hon. Michael Manley for Jamaica; and Hon. Eric Williams for Trinidad and Tobago. By 1 May 1974, all other members of CARIFTA had signed the Agreement to become full members of CARICOM, except Antigua and Barbuda and St. Kitts and Nevis. They both signed the Agreement in July 1974.

In July 1983, The Bahamas became the thirteenth Member of the Caribbean Community, but not of the Common Market.

Suriname became the fourteenth State to join the Community in July 1995 and the Common Market in January 1996.

Haiti was formally admitted as the fifteenth Member State in July 2002.

The three objectives of the Community from its inception, which are also known as the ‘three pillars’ were: economic integration; co-ordination of foreign policy; and functional co-operation in areas such as health, education and culture, and other areas related to human and social development. This was amended in March 2008, at the Nineteenth Meeting of the Conference of Heads of Government in Nassau, The Bahamas, to establish Human and Social Development as a pillar.
In recognition of the heightened challenges to security in the Region, CARICOM Heads of Government agreed, at a Meeting which was held in Kingstown, St Vincent and the Grenadines in February 2007, that Security would be the Fourth Pillar of the Community. They established the Council of Ministers responsible for National Security and Law Enforcement (CONSLE) to deal with these issues.

Close the Care Gap: Uniting our voices and taking action

Close the Care Gap: Uniting our voices and taking action