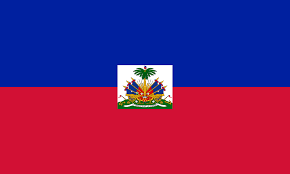 The Caribbean Community (CARICOM) extends warmest congratulations to the Government and People of the Republic of Haiti on the occasion of the Two Hundred and Fourteenth Anniversary of Independence.

As a nation and also as a member of the Caribbean Community, this occasion is, indeed, cause for celebration since history has proven that the success of the Haitian Revolution extended into the success of the Region both socially and politically.

The Republic of Haiti has demonstrated its resilience to the world on numerous occasions.  The courage and fortitude of the Haitian people have served as an inspiration to the people of the Region.  The contribution of the country to the world of art, music, literature and academia has gained Haiti international renown.

Haiti has also made its mark on the Caribbean Community particularly through its commitment to the welfare of people with disabilities. CARICOM welcomes the chairmanship of Haiti from 1 January 2018 and looks forward to the leadership providing an enabling environment for the advancement of our integration efforts.

The Caribbean Community salutes Haiti as it continues its journey of self determination.

CDB remembers Sir James as “an early supporter” of the Bank