Heads of Government of CARICOM are committed to deliver a competitive transportation industry, and are looking for the right model that would be fiscally appropriate for the provision of transportation services in the Region.

The CARICOM Heads of Government had extensive discussions on regional transportation during their two-day Intersessional Meeting in St. Kitts and Nevis last week. Transportation was a main item on their agenda. The talks were preceded by a one-day Special Meeting of the Council for Trade and Economic Development (COTED) in St. Vincent and the Grenadines earlier in February.

One of the steps the Heads of Government have agreed to is to look at charges and tax structures that could have a negative effect on the provision of air services with a view to rationalising those structures as deemed appropriate by the Ministries of Finance of Member States.

There is also movement on the Multilateral Air Services Agreement (MASA) to which nine CARICOM Member States have now signed on to, thus allowing for its provision application. One country has ratified the MASA. Assent by all Member States to the MASA would give effect to the Community becoming a liberalised environment for CARICOM air carriers. The MASA was opened for signature in February 2018.

The Heads of Government also held talks on a regional ferry service as emphasis is being placed on improving work in the maritime area. They agreed to establish a joint private and public sector team to review the findings and recommendations of reports on the ferry service. The team has been requested to provide preliminary estimates for the implementation of a ferry services following discussions and negotiations with prospective ferry operators, according to the Communique of the Meeting. The Communique added that Heads of Government agreed that the Directors of Maritime Affairs of each Member State should meet regularly with the intention of coordinating and presenting a holistic approach to addressing the maritime safety and security issues of the Community. 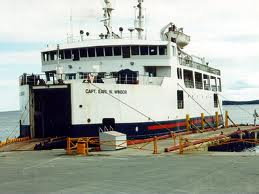 Heads of Government have also agreed to restructure the Regional Transportation Commission and its programmes.

At a press conference at the conclusion of the Meeting, CARICOM Chairman, Dr. the Hon. Timothy Harris, Prime Minister of St. Kitts and Nevis said that in order to boost and facilitate the free movement of goods and people, transportation had to be affordable.

The Chairman pointed out that there was no “magic bullet”, that the transportation sector was evolving and that there were periods of restructuring and adjustment of regional air carriers.

“We have to be careful that our expectations are reasonable. It is well known that for a very long time air transportation within the Caribbean Region has had its share of problems. And we have had different airlines – whether it’s LIAT, BWIA or other airlines – they’ve gone through their own periods of restructuring and adjustment.There is within the Region a strong commitment to finding an affordable and efficient means of transportation that supports our integration efforts and that continues to be a work in progress because some of the issues that impact upon the outcome, they are very deep, they are very structural and they require a thoughtful approach,” the CARICOM Chairman said in response to a question on LIAT airlines.

Acknowledging the importance of LIAT and other regional airlines to the Community, Prime Minister Harris said that the shareholder governments had provided an update on the airline “and there is a lot of solidarity to ensuring that we can achieve a sustainable model that would make LIAT – or any other entity, for that matter – or put them in a better position to provide the kinds of services that our people reasonably expect and ought to have with respect to air travel, and the same arguments go with respect to the ferry service.”

“We are now looking at some considerations as to what is the best model, and it is not just a question in these cases of buying a ship; in the end how will they sustain themselves? So you have to address all the logistics and other issues pertinent to finding the model that would be self-financing or at the very least would not create a fiscal problem for those who are going to be contributing to them,” he said.

Like Loading...
Share this on WhatsApp
Air Transportcaribbean airlinescaricom heads of government meetingCARICOM Single Market and Economy (CSME)fast ferryfree movementfree movement of people and goodsIntersessional Meeting of the Conference of Heads of Government
0 2,985
Share FacebookTwitterGoogle+ReddItWhatsAppPinterestEmail

2021 set for systematic ban of single-use plastics in Guyana