The revival of the relationship between the Caribbean Community (CARICOM) and Colombia was given a boost with discussions between CARICOM Secretary-General Ambassador Irwin LaRocque and Colombia’s Foreign Minister His Excellency Carlos Homes Trujillo Garcia. The talks were held on Thursday at the CARICOM Secretariat’s Headquarters in Georgetown, Guyana.

The discussions were held against the background of the upcoming Ministerial Meeting between the Foreign Ministers of the Community and Colombia to be held in Cartagena de Indias, on 29 June, 2019. In a further sign of strengthening ties, a Colombian Ambassador will be accredited to CARICOM on 12 June.

Secretary-General LaRocque expressed his appreciation for the efforts to revive the relationship during the discussions which included exchanges on trade and economic issues, technical co-operation, disaster management and security. The Colombian Foreign Minister stated that his country was interested in strengthening regional co-operation.

They agreed that a strengthened institutional framework was necessary for the relationship going forward including the convening of a Joint Council on Trade. The two parties have in place an Agreement on Trade, Economic and Technical Co-operation which was signed in 1994 and amended in 1998. 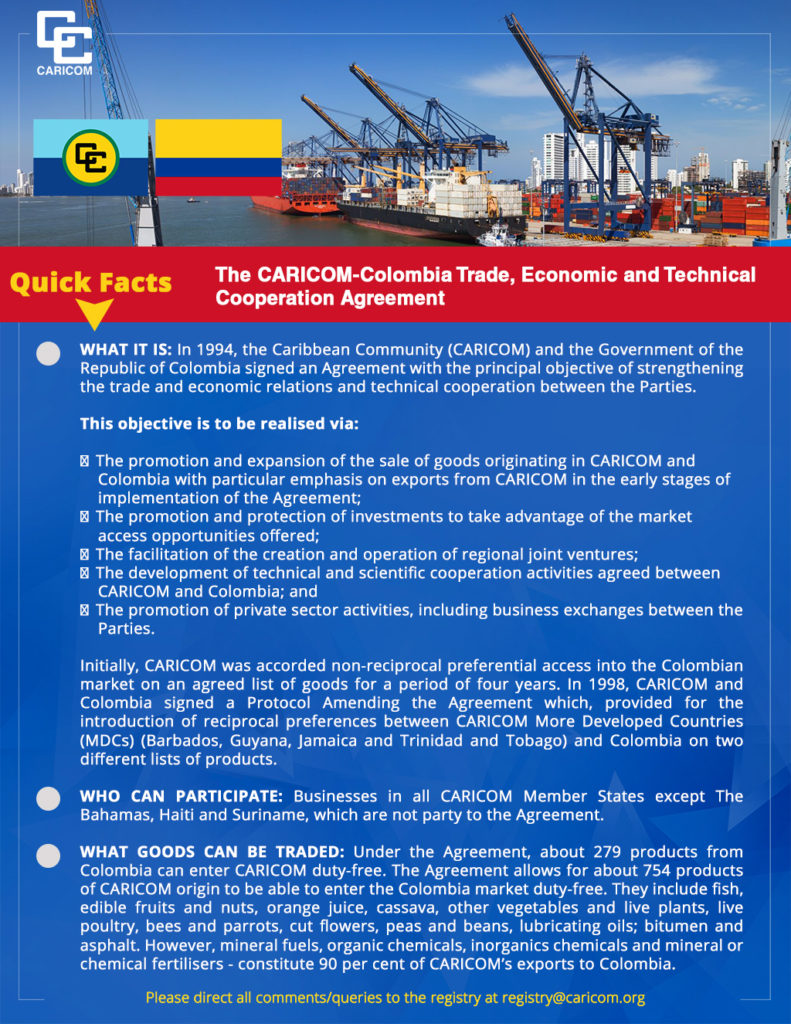 Capacity-building on delivering comprehensive HIV services held In The Bahamas