The Caribbean and the Commonwealth at 70

Jamaica and other Caribbean countries, which were former colonies of Britain, are among the 53 Member States of the Commonwealth of Nations. The Commonwealth could be considered the political organization which succeeded the British Empire once more countries became independent. Commonwealth Day is observed on the second Monday in March, which was Empire Day. This year, it was March 11. The Queen is the head of the Commonwealth and it was agreed that she will be succeeded by her heir, Prince Charles. 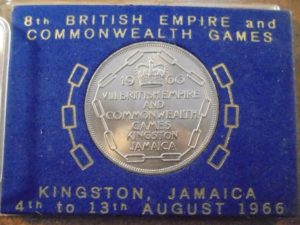 The Commonwealth Caribbean has provided two of the Secretaries General (SGs). Sir Shridath Ramphal of Guyana, 1975-1990, was the longest serving SGs. The current SG, Baroness Patricia Scotland, is of Dominican descent. Winston Cox of Barbados, Ransford Smith of Jamaica, and Deodat Maharaj of Trinidad and Tobago served as Deputy SGs. Many Caribbean nationals have held senior posts in the Secretariat.

The Commonwealth Heads of Government Meeting (CHOGM) is held biennially in the Member State assuming the chair of the body. The CHOGM was held in Jamaica in 1975, the Bahamas in 1985, and in Trinidad and Tobago in 2009.

Commonwealth Ministers meet to address various issues such as foreign affairs, finance, education, health and youth. It is reported that Jamaica has offered to host the 10th Commonwealth Youth Ministers Meeting in 2021. Since 2017, Commonwealth Trade Ministers have been meeting. It was suggested that the Commonwealth should again examine the potential for promoting internal trade. The Commonwealth Scheme of Preferences existed before Britain joined the European Union (EU) in 1973.

Through the years, Jamaican and other Caribbean nationals have benefitted from Commonwealth Scholarships allowing them to study in various Commonwealth countries and from technical assistance through the Commonwealth Fund for Technical Cooperation. The Commonwealth has provided election observers, conducted social and economic studies and organized workshops and seminars to assist its developing country members The Secretariat has also collaborated with the EU and ACP to provide support through the Commonwealth Hubs and Spokes Project.

The Commonwealth has focused on issues of concern to Small States as 31 of its 53 Members, including those in the Caribbean, are in this category. It has assisted them to meet some of their major challenges such as limited global influence, weak technical capacity, limited access to affordable finance, and the impact of natural disasters and climate change. The Commonwealth also assisted Small States to establish diplomatic presence in New York and Geneva to enable their participation in the work of the international organizations located in both cities.

Since the Brexit referendum in Britain in 2016, there has been more attention to the Commonwealth which has been seen by supporters of Brexit as a ready-made alliance for Britain when it leaves the EU.

The celebration of the Commonwealth’s 70th anniversary during this year provides an opportunity for the Commonwealth Caribbean to reflect on its membership of this organization.