King: CARIFESTA ‘to the world’

PORT OF SPAIN, Barbados Today – The biennial Caribbean Festival of Arts – CARIFESTA – which opened here on Friday, should be exported to other regions of the world to truly showcase the creativity of Caribbean people, Minister of the Creative Economy and Culture John King has suggested.

King, who is presently leading the Barbados delegation to CARIFESTA XIV, said: “Right now, with CARIFESTA, we are celebrating ourselves among ourselves, but I think CARIFESTA now needs to move into different spaces like Europe, Asia, South America – different parts of the world where we as a Caribbean region can begin to impact on others and display our wealth of creativity.” 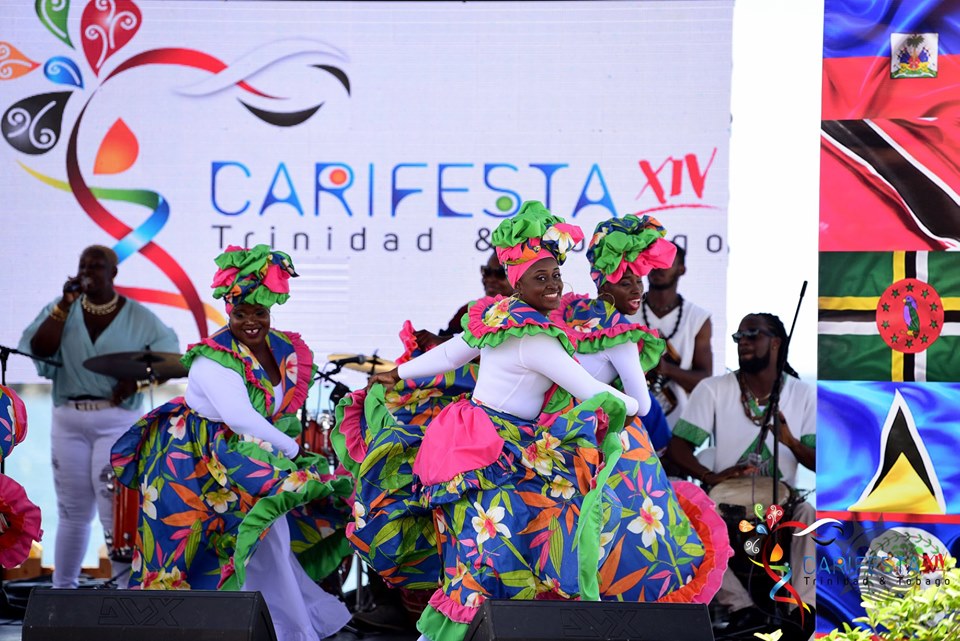 He said that as a former entertainer himself, his “adrenalin and creative juices” were awakened as he took in some of the performances. In his present role as a politician, he also said he wants to see more done to facilitate the free movement of creative people.

King said: “As an artist going across the Caribbean you are influenced by the other things you see, and there are so many similarities among us in terms of our cultural traditions.

“We have to better facilitate the travel of our creative people across the territories so they can make a sustainable living and a more significant contribution to the Caribbean islands as a whole.”

On Barbados’ country night on stage at Queen’s Park Savannah on Saturday, when a contingent of performers weaved a story of the island in song and dance, King said he particularly enjoyed the multimedia production “Journey to the Last Canes” which covered the island’s history from the sugar revolution through to Rihanna’s music. He noted that “there were a few technical hitches but it did not take away from the actual spirit of the performances”.

“I was very happy and think Barbados did a really good job,” the minister for culture said.

King, a two-time calypso monarch, said that during his days in calypso he and Cultural Ambassador Anthony Mighty Gabby Carter would visit legendary calypso king Leroy Black Stalin Calliste, who the minister described as one of his influences.