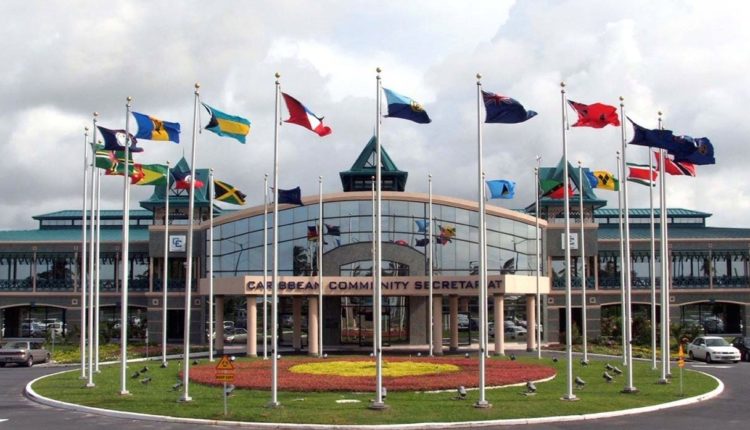 (Caribbean Community Secretariat, Turkeyen, Greater Georgetown) – CARICOM Ministers of Health were meeting Monday 30th September in Washington DC to discuss a number of critical issues on the regional public health agenda including the work of CARPHA and the strategic planning process of regional health cooperation.

Within the framework of the 37th Meeting of the Caribbean Community (CARICOM) Council for Human and Social Development (COHSOD) –Health, Ministers are discussing intersecting trade and health issues in the prevention of Non-Communicable Diseases (NCDs).

A proposed framework for the treatment of cancers, the challenges with curbing the high rate of heart attacks in the Region and triangular cooperation among CARICOM, the Pan American Health Organisation (PAHO) and countries within the hemisphere, are among other matters on the packed agenda.

Call to Action for CARICOM Education Ministers: COVID-19 and…

The meeting is being convened in the side-lines of the 57th Meeting of PAHO’s Directing Council.  COHSOD officials met over the week-end for preparatory discussions and recommendations to guide the Ministers’ decisions.

Programme Manager for Health Sector Development within the CARICOM Secretariat, Dr. Rudolph Cummings said that the Meeting is expected to receive a preliminary report on the Caribbean Public Health Agency (CARPHA) from its inception in 2012 to present, to see whether it has achieved its initially identified functions. A consultancy group which was commissioned earlier this year to conduct the review, will present that preliminary report to COHSOD.

CARPHA’s Board has dedicated an afternoon session to digest the report and its recommendations are also expected to guide COHSOD’s decisions.

Dr. Cummings said the meeting will be informed of the upcoming consultative meeting between the Council for Trade and Economic Development (COTED) and COHSOD scheduled for mid-November.

The 2014 evaluation of the landmark 2007 Declaration of Port-of-Spain: Uniting to Stop the Epidemic of Chronic NCDs had uncovered a number of implementation deficits in multisectoral actions including mainstreaming health and trade issues in NCD prevention. A number of interventions followed, including a mandate from the Forty-Third COTED for the CARICOM Secretariat to convene a Meeting of Ministers of COTED and COHSOD to discuss Health and Trade matters related to NCDs such as: Tobacco Policy, Sugar consumption and Responsible use of Alcohol. The use of taxes and health laws critical new approaches to NCD prevention are expected to the scrutinised when COTED and COHSOD meet in November.

In Washington on Monday, the Ministers of Health will receive for adoption the New Regional Strategic Framework for HIV and AIDS, the Pan Caribbean Partnership on HIV and Aids has just completed.

Time will be devoted to looking the elimination of mother-to-child transmission of HIV and as well as measles.

The plight of migrants, including matters related to their rights are also on the agenda of the meeting.

The Oncologist and Hematologist Association of the Caribbean has prepared a paper on the treatment of cancer, which it hopes to present as a framework to the COHSOD.

COHSOD will also discuss matters pertaining to triangular cooperation among PAHO, CARICOM and countries within the hemisphere including Argentina and Chile; and regional representation on governance bodies including the Global Fund, PAHO and UNAIDs. Particular focus during this discussion will be on ‘Triangular Cooperation Project on Strengthening National and Regional Antimicrobial Resistance (AMR), Detection and Surveillance.’  The roll out began last week in Guyana and will be phased-in in the other 14 CARICOM Member States over the next two years.

CARICOM Health Ministers are also expected to track the progress and see where government can further streamline the regulation of pharmaceuticals entering the Regional market. Dr Cummings said that the Caribbean Regulatory System (CRS) uses a “unique methodology” to assess the credibility of pharmaceuticals being offered to CARICOM by manufacturers. He added that Regional health officials are hopeful there will be “a greater uptake” in the products the CRC recommends as being fit for sale and consumption in the Region. That uptake, he said, will create the incentive for those recommended manufacturers to sell pharmaceuticals in the relatively small regional market.

Among the other matters for health ministers’ attention is a Travellers’ Health Policy which CARPHA has prepared and will present for their approval. He said part of this discussion will be how the policy can be fully utilised in CARICOM Member States.

Over the weekend, during CARICOM Health Ministers engagements in Washington, they participated in Call-to-Action by the Health Coalition Caribbean on specific issues related to obesity in children.

Scotiabank remains in Guyana for now: CARICOM Business Vol 2 No 39

Fighting COVID-19 in Prisons: CARICOM IMPACS and the United Kingdom Partner to…

Fighting COVID-19 in Prisons: CARICOM IMPACS and the United…