While reflecting on items which could be on the agenda for the upcoming 49th Meeting of the Council for Trade and Economic Development (COTED) of the Caribbean Community (CARICOM), I came across some media news postings which led me to think about anomalies in the operation of COTED and in applying the Revised Treaty of Chaguaramas (RTC). These relate to:

Remarks By CARICOM Secretary-General at Community Council of…

I was pleased that the CARICOM Secretariat has requested an Advisory Opinion from the Caribbean Court of Justice (CCJ) on whether Member States can lawfully opt-out of decisions taken by CARICOM Heads of Government. Although in the Treaty there is provision for decisions by voting, in CARICOM organs, decisions are taken largely by consensus. Members attend meetings. Their representatives may or may not actively participate in the deliberations. They allow decisions to be taken. On return home, they do not implement them or request to opt-out. So, there is no commitment to honour decisions taken in the CARICOM organs, particularly in COTED and 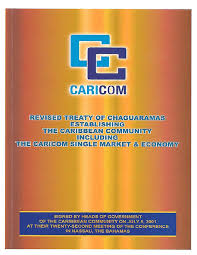 at the Conference of Heads of Government. A reason for this, in my opinion, is the failure to fully utilize the dispute settlement provisions provided in the RTC. It seemed to be sacrilegious for CARICOM members to resort to litigation or even to request an advisory opinion. The request for this Advisory Opinion is, indeed, a bold move within the Community.

The Treaty, in Article 26 – the Consultative Process, indicates the expectation that positions brought to meetings would result from consultations with stakeholders at the national level. It was often not certain that this was the case. Of course, to hold consultations, require functioning national mechanisms and documents to be provided in a timely manner.

As is known, The Bahamas is a member of CARICOM but from the beginning opted out of participating in the common market and extended this to the CARICOM Single Market and Economy (CSME) which builds on WTO rules. The Bahamas did not begin accessions proceedings to the World Trade Organization (WTO), which sets the foundations rules for global trade, until 2001. It is the only country in the Western Hemisphere which is not a WTO Member and one of few left in the world. After 18 years, The Bahamas, in April, signaled its intention to join at the 2020 WTO Ministerial Conference. This decision was met with protest in the country. It appears that joining the WTO is seen in Nassau as opening the door to foreign competition and free movement of people. There are calls for a referendum on whether the Bahamas should become a WTO Member. The WTO actually does not facilitate free movement of people, except for contracted service providers. Free movement is confused with the CSME.

These anomalies indicate that, among other things, in-country, there could be need to further build awareness of the RTC provisions and for proper rules of procedures for the functioning of CARICOM organs. The CCJ opinion should be interesting.

Note on last week’s article on CARICOM/US relations. Following further research, I found that the US State Department issued its report to Congress on Efforts to Implement the Strategy for US Engagement with the Caribbean Region (US-Caribbean 2020) on July 23.

Opinion: How the IMF can help the Caribbean when disaster strikes

CARPHA Gets Support Strengthen Capacity to Respond to COVID-19, Other Emerging and…