I AM CARICOM’ Campaign showcased at Guyana’s Diplomatic Fair

(CARICOM Secretariat 7 February 2020) Youths were among the many spectators who reflected on what it meant to be a part of the Caribbean Community (CARICOM), when the ‘I AM CARICOM’ Campaign (#IamCARICOM) was showcased at the Diplomatic Fair on 31 January 2020, at the Jubilee Park, Georgetown, Guyana.

The ‘I AM CARICOM’ Campaign was part of an exhibition mounted by the CARICOM Secretariat, at the fair hosted by the Ministry of Foreign Affairs, Guyana in observance of that country’s fiftieth anniversary as a Republic.

This new communication intervention which was recently launched on the margins of the Tenth Meeting of the CARICOM Committee of Ambassadors on 21 November 2019, at the CARICOM Secretariat in Georgetown, stimulated interest and was well received by persons who visited the CARICOM Booth and Media Centre, where they proudly expressed their appreciation of being citizens of the Caribbean Community (CARICOM).

‘I AM CARICOM’ Campaign Highlighted at UWI Webinar on… 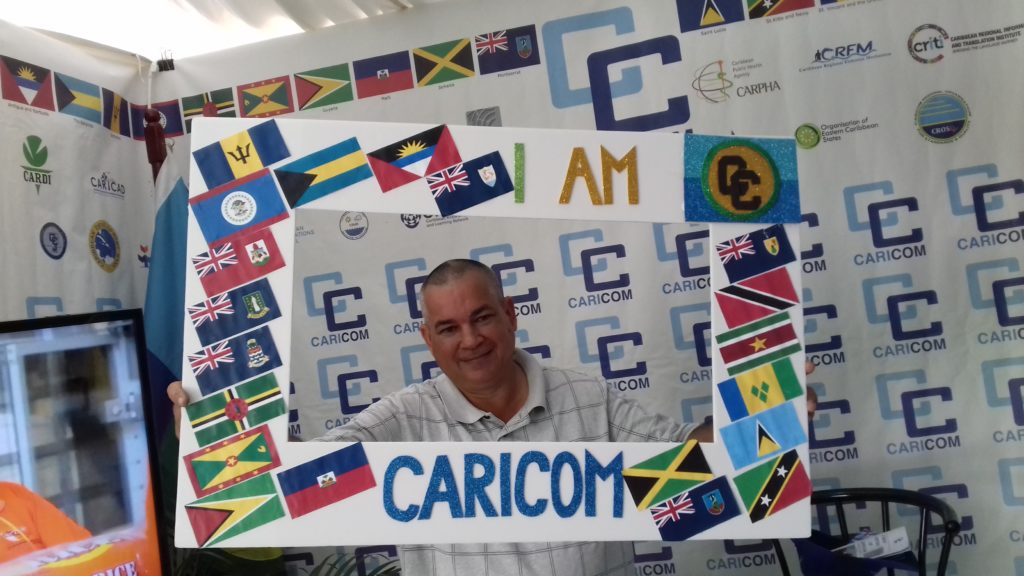 Visitors, most of whom were Guyanese Nationals, did not miss the opportunity to photograph themselves (‘selfies’) against the backdrop of a specially-designed ‘I AM CARICOM’ photo-frame, which many proudly posted on their social media pages.

The ‘I AM CARICOM’ Campaign seeks to engage and assist citizens of the Community and beyond, to locate themselves within the CARICOM construct, including its institutions and governance structure policies and plans, as well as to take ownership and participate fully in the regional integration and development agenda, particularly interventions that directly affect their lives.

Specifically, it aims to improve the visibility of CARICOM, promote the CARICOM identity, increase citizens’ engagement with the CARICOM Single Market and Economy (CSME) and engender ownership of the imminent Caribbean Community’s 2020 Strategic Plan. It is intended to facilitate continuing dialogue between the CARICOM Secretariat and citizens of the Community where perspectives and information on the scope, issues, process, expected results, benefits and implications for citizens can be shared.
It targets Community citizens cross sectors and at every level utilising the print and broadcast media, social media; edutainment, interpersonal and small group communication
The engagement of and overwhelming response by pesons at the Diplomatic Fair, indicated that the ‘I AM CARICOM’ Campaign (#IamCARICOM) is well poised to be a resounding success across the Community.