Concerned about digital inequities and lack of infrastructure standardisation

As we continue our activities in observance of World Telecommunication and Information Society Day (May 17) under the theme ‘Accelerating Digital Transformation in Challenging Times’, we sought the views of a sampling of regional youth on the CARICOM Single ICT Space 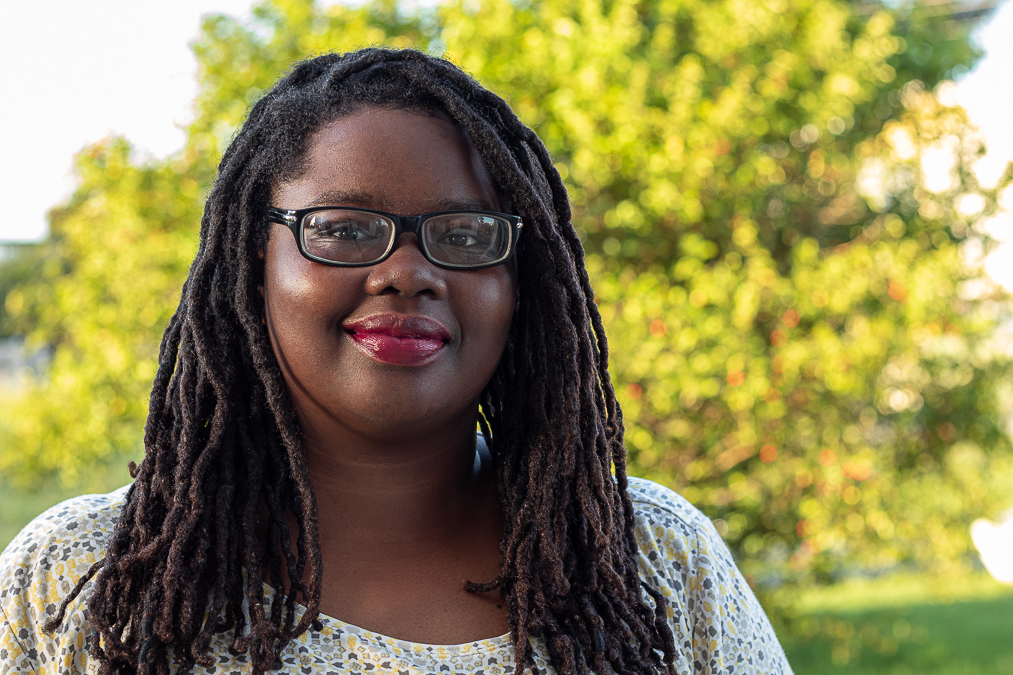 COP26 Was Not A Roaring Success, But Let’s Not Write It Off…

CARICOM has been working to push the Region into the future by developing policies and projects that guide the Region’s agenda for functional cooperation. One of the Region’s most ambitious projects to date is the development of the CARICOM Single ICT Space (SICTS).

Back in 2001, the CARICOM Heads of Government signed the Revised Treaty of Chaguaramas, which contained new policies and content that removed many of the barriers to trade and work-related travel within the Region. These changes established the CARICOM Single Market and Economy, thus promoting the free exchange of services, capital, technology, and the movement of skilled professionals among Member States.

Now, CARICOM is working on an upgrade of original agenda set by the CSME, one that mixes policy with modern digital technology to drive the Region into another age of functional cooperation. This upgrade is known as the CARICOM Single ICT Space (SICTS).

According to Jennifer Britton, the Deputy Programme Manager of the department for Information and Communication Technology for Development (ICT4D) at CARICOM, the CARICOM SICTS is an Information and Communications Technologies (ICT)-enabled borderless space that would function as a digital extension of the CSME. When developed, this space would be a complex and harmonious ecosystem of policies, legislation and regulations, best practices, networks, and services that jointly foster economic, social, and cultural integration within the Region.

As the Heads of Government roll out various projects to execute the SICTS roadmap nationally, CARICOM has been pushing for youth buy-in. They have been taking advantage of the many young people who are digital citizens and digital entrepreneurs who would both benefit from and contribute to the ongoing development of the SICTS.

The truth is that many young people are excited about these developments. They are already imagining how the SICTS would benefit them, and how they can contribute to it. We interviewed nine young people from Barbados, Guyana and Jamaica about their hopes and worries about the future of the SICTS as CARICOM writes this new chapter of the story our Regional integration.

The young people interviewed did not shy away from imagining brilliant futures for themselves as they all viewed the SICTS as an opportunity to make connections with professionals like themselves across the Caribbean.

Stephanie Simon and Java Sealy both want to be educators and youth ambassadors who raise awareness about the SICTS among their peers within their respective countries. Simon is a programmer, social media manager and tutor who works for the Guyana Defence Force, Trifinity Solutions and STEM Guyana. Java Sealy is Barbados’ CARICOM Youth Ambassador and a digital youth ambassador within Barbados’ Ministry of Innovation, Science and Smart Technologies (MIST). Both young people think that their groundwork advocacy in both physical and virtual spaces can promote youth involvement in the development of this CARICOM project.

Shalom Watson, a freelance graphic designer and animator within the Guyana Animation Network (GAN), also wants to take on an educator’s role. He believes that animation could be a way to make educational materials that have a lasting impact on the Region. He noted that animation gives life to information and aids long-term learning retention.

Students like Chelsea Jordan – the Biological and Chemical Sciences Chairperson on the UWI Cave Hill Campus’ Student Guild – imagine a world where the cross-pollination of Science, Technology, Engineering and Mathematics disciplines (STEM) and ICT is commonplace. She dreams of being able to use Geographical Information Systems (GIS) to monitor the Caribbean’s coral reef health and to standardise Regional conservation practices to protect the Hawksbill turtle.

Carlos Benn, a third-year mechanical engineering student and member of the Robotics Club at the University of Guyana, believes that robots can be used in agriculture, education, transportation and more to bring the Member States into a first world technological age.

“I think in the Caribbean on a whole, we have not gotten to that place of incorporating technology into our education system,” she lamented. “I think my contribution is going to be innovation backed by a lot of data collection. So, whatever technology I decide to launch, I want it to be very data-driven so that I can help Ministries and help CARICOM bodies that deal with education…cause then I can make policy or curriculum recommendations from an informed perspective.”

Given the pace of technological development, these young persons’ dreams may not be too far off and would definitely serve to benefit everyone across the Region.

While young people are not afraid to dream big, they are able to ground themselves to address valid concerns about the realities in the Region. Cybersecurity, online anonymity, the spread of disinformation on social media and unstable Internet infrastructure were some of the concerns that these nine young people collectively raised.

However, the most pressing concerns for all of the young interviewees are digital literacy and digital inequality, and how these issues affect their peers. Many people across the Region do not have regular access to computers or mobile devices to connect to the Internet. If they do have a device, they may not have stable and reliable Internet. If they have both, some of them may not know how to navigate online spaces safely.

These young people suggested that if the Region is to move toward the creation of a SICTS, then Internet use and access should no longer be seen a as a luxury. Furthermore, digital literacy and computing education must be streamlined and made mandatory across the Caribbean. Additionally, Samantha Sheoprashad, Guyana’s female CARICOM youth ambassador, believes time management skills and financial literacy should also be included in this education package to ensure that young people have the skills and resources to become digital entrepreneurs.

While most of the conversation about digital literacy focuses on increasing young people’s capacity, Danielle Mullings believes that the Region’s elders need to be included as well. Mullings, who is the President-Elect of the Guild of Students on UWI’s Mona Campus and who has an interest in using ICT to enhance public health in Jamaica and the Region, believes that the Region’s elders are a vulnerable group who are not often considered in the discussions about digital literacy and computer competency. She says that young people can help to bridge the digital divide that their elders are experiencing.

“One of the models I see emerging from this new space is young people becoming the teachers,” she said, speaking from her experiences as a student when her classes went online during the pandemic. “I see the students becoming the teachers in this ICT space since we’re all online now. Because not everybody is a digital native…Some of our lecturers were having trouble with ‘How do we set up Zoom?’ ‘How do we set up all these different online spaces?”. And so, the student now becomes the teacher because this is their space that they’re used to.”

Additionally, Donna Buchannan-Lynch – a graduate researcher at the UWI Mona Campus specialising in Disaster Risk Reduction and Climate Change Adaptation – believes that the SICTS would also help the Caribbean to be more inclusive, particularly with persons with disabilities.

“Inclusion plays a very significant role in how we move forward,” she said. “Now when we are tying in ICT applications for Climate Change Adaptation, in terms of the ICT aspects of it, the hope to expand access to and use of ICT among persons with disabilities within the region in order to harness the potential of these tools to provide greater inclusion.”

She went on to say that ICT is used to send out alerts about disaster situations in vulnerable areas, and therefore, as we move forward as a Region, we need to ensure that persons with disabilities also have access to devices and software that can help them to acquire information so that they can get help during disasters as well.

In summary, the majority of these young people were deeply concerned about the issues affecting their peers, and were willing to suggest SICTS-related solutions to help reduce our current inequities and thus advance Regional development.

“There’s a lot that we can extract in terms of value from a Single ICT space,” said Java Sealy. He also noted that the SICTS has positive labour implications, since it can standardise working cultures across the Region, and improve the Regional digital infrastructure in a way that makes remote working easier. Sealy has one pressing concern about the development of the SICTS, however.

“The ever-increasing pace of technological advancement (means) by the time we…harmonise a policy, the rest of the globe may be jumping forward,” he said, referencing his experience with getting access to 4G Internet in Barbados, only for the 5G announcement to roll out very soon afterward.

Despite their concerns, these young people are still looking forward to seeing the SICTS develop and grow, and hope to be ambassadors, software developers, policy influencers and educators who can actively contribute to the space for the betterment of the Region’s future. They also hope that the development of the SICTS proves to the citizens of CARICOM that we have the homegrown expertise and the capacity to help bring ourselves into a first world technological age.

The message they want to send is clear: The Caribbean isn’t small. We aren’t just third world states. We can make the SICTS a tangible reality.

WHO labels new COVID strain Omicron, designates it a ‘variant of concern’