We are in a very busy period of regional and international meetings, all focusing on the impact of the COVID-19 pandemic with the aim of recovery and building back better to fulfill the objective of achieving the UN Sustainable Development Goals (SDGs) by 2030, a mere 9 years away. The last two weeks of September saw CARICOM Member States participating in the General Debate of the UN General Assembly and in various high level meetings in New York, including the first UN Food Systems Summit held on September 23. October has started with the opening of the virtual 15th UN Conference on Trade and Development (UNCTAD XV) being hosted by Barbados, and the also virtual 16th CARICOM Agriculture Week coordinated from Georgetown, Guyana.

Agriculture is featuring in all these meetings as playing an important role in the recovery process in terms of food security, trade and climate change mitigation. Agriculture is critical in providing food to end hunger, whether imported or homegrown, and providing raw materials for production of food and manufactured goods. COVID-19 has seen more people exposed to hunger and malnutrition, and climate change, through increasing droughts, floods and hurricanes, is impacting agriculture reducing production. Supply chains are also more hampered in the pandemic. Everything is interconnected.

UNCTAD XV, looking at inequality and vulnerability, must address agriculture and food security as it relates to trade and development in developing countries and specifically for Small Island Developing States (SIDS). An UNCTAD pre-event addressed commodities and some of these remain important for CARICOM countries as producers and traders. There is no question that agriculture is a sector of critical importance in this region and is seen as a sector to generate growth.

A meeting, which got little notice in the regional media, was the UN Food Systems Summit which was convened as part of the decade for delivering the UN SDGs. It is stated that the aim of this Summit was to make progress in the delivery of the 17 UN SDGs through food systems by leveraging their interconnection to global challenges, such as hunger, climate change,

poverty and inequality. Food systems refer to all the activities involved in getting food from the farm to the consumer which includes production, transport, processing and manufacturing, retailing, and consumption. It also includes the policy-making and management systems, and the impact on the environment, health, and society. It is recognized that food systems have been malfunctioning and have been further impaired by the impact of COVID-19.

The CARICOM Secretariat and Member States, in preparation for this Summit, had a regional food systems dialogue in May to identify regional challenges. They also participated in the pre-summit held in Rome in July.

The outcome of this September 23 Summit seems to be quite controversial. The USA, through its Agriculture Department (USDA), announced an investment of US$10 billion to promote food systems transformation both in the USA and at the global level. While some participants welcomed the Summit and its outcomes, others were critical and even boycotted saying that it focused too much on corporations, technology, production, and profits rather than on distribution of food to the poor, waste, and the needs of small farmers in developing countries. It seems also that stakeholders felt there was not enough emphasis on the pandemic, food security, and sustainable agricultural practices to protect the environment and to address climate change.

The general take away from the Summit seems to be that, working with the UN Food and Agricultural Organization (FAO) and other bodies, there is an urgent need for durable transformation of food systems taking account of all the factors, including production, financing and demand.

As stated, CARICOM launched its 16th Agriculture Week on Monday. The theme is “transforming our food systems”, which reflects the UN Summit. So, CARICOM is aiming to address improving production and productivity to 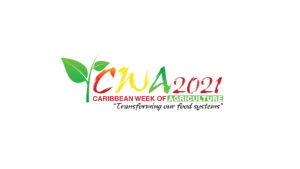 promote food security, re-thinking food systems, and reducing food imports. I assume that they will also be addressing extra-regional exports of agricultural products to earn more foreign exchange. In addition, the aim is also to involve the youth in agriculture. Guyana seems quite committed to its role as CARICOM lead Head on Agriculture.

In all these meetings, the aim is making agriculture, in all its components, part of the solution. The question, again, is whether everyone is on board.