The crises are overlapping. In November 2021, just days before the World Trade Organization’s 12th Ministerial Conference (WTO MC12) was scheduled to commence on November 30, it was postponed due to an outbreak of the COVID-19 Omicron variant and measures taken to restrict travel in Europe.

WTO resumed work in January 2022 with speculation about the new date for MC12 or even whether it could still be held. As customary, the chairs of the various councils and committees changed towards the end of February. While some consultations continued, my impression is that there has been no movement on the major issues, such as the WTO’s response to the pandemic e.g. the TRIP waiver. On February 22, the General Council agreed that MC12 should be held in Geneva during the week of June 13.

By February 20, tensions between Russia and Ukraine escalated into a full scale Russian invasion. This armed military action has come into the WTO 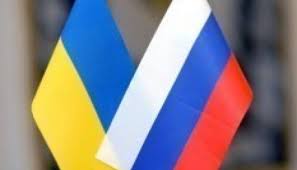 Immediately, Ukraine invoked GATT Article XXI – the Security Exceptions.  These provisions enable Members to take action for the protection of their essential security interests in time of war or threat of war.  This article was invoked in the aftermath of the Crimea incursion in 2014 resulting in the 2016 establishment of a WTO dispute settlement panel on trade restrictive measures taken by Russia at the time against Ukraine. The panel gave its landmark ruling in 2019.

The Russian Federation has also responded by taking their own trade restrictive measures in retaliation.

On sanctions, within CARICOM, this was left to individual Member States to determine, after their own careful consideration.

In addition, as seen, this conflict is impacting oil and grain prices as Russia is a major oil producer and exporter and both countries are major grain producers. In this, I refer also to my article of March 2 suggesting that national security concerns could galvanize transformation in global production and trade policies. This latter could have implications for the MC12 negotiations.

It seems that in the WTO, some Members are looking at how the Russian Federation could be further ostracized within the body even informally.

Again, this is another issue which could have serious implications for preparations leading up to MC12. There are less than 3 months in which to prepare for this conference with a war in Europe, which is very much in the WTO arena as far as some members are concerned, and a lot of work still has to be done on the key issues, such as fisheries subsidies, agriculture, trade and health, and the development issue, special and differential treatment. Relations between China and developed Members, especially USA, in the WTO has been difficult, and China remains a major trading partner of Russia. With war and sanctions, the situation in international trade could become even more interesting. So, the convening of MC12 could again be hanging in the balance.

Other developments of note