GENEVA, 18 July 2018—UNAIDS is issuing countries with a stark wake-up call. In a new report, launched (on Wednesday) in Paris, France, at an event co-hosted with Coalition PLUS, UNAIDS warns that the global response to HIV is at a precarious point. At the halfway point to the 2020 targets, the report, Miles to go—closing gaps, breaking barriers, righting injustices, warns that the pace of progress is not matching global ambition. It calls for immediate action to put the world on course to reach critical 2020 targets. 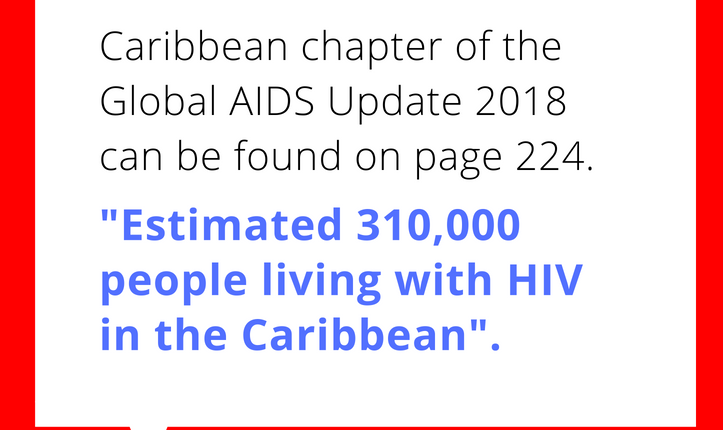 “We are sounding the alarm,” said Michel Sidibé, Executive Director of UNAIDS. “Entire regions are falling behind, the huge gains we made for children are not being sustained, women are still most affected, resources are still not matching political commitments and key populations continue to be ignored. All these elements are halting progress and urgently need to be addressed head-on.”

Treatment scale-up should not be taken for granted

Due to the impact of antiretroviral therapy roll-out, the number of AIDS-related deaths is the lowest this century (940 000), having dropped below 1 million for the first time in 2016. Yet, the current pace of decline is not fast enough to reach the 2020 target of fewer than 500 000 AIDS-related deaths.

West and central Africa lagging behind

Nigeria has more than half (51%) of the HIV burden in the region and there has been little progress in reducing new HIV infections in recent years. New HIV infections declined by only 5% (9000) in seven years (from 179 000 to 170 000) and only one in three people living with HIV is on treatment (33%), although HIV treatment coverage has increased from just 24% two years ago.

Progress for children has slowed

The report shows that the gains made for children are not being sustained. New HIV infections among children have declined by only 8% in the past two years, only half (52%) of all children living with HIV are getting treatment and 110 000 children died of AIDS-related illnesses in 2017. Although 80% of pregnant women living with HIV had access to antiretroviral medicines to prevent transmission of HIV to their child in 2017, an unacceptable 180 000 children acquired HIV during birth or breastfeeding—far away from the target of fewer than 40 000 by the end of 2018.

“One child becoming infected with HIV or one child dying of AIDS is one too many,” said Mr Sidibé. “Ending the AIDS epidemic is not a foregone conclusion and the world needs to heed this wake-up call and kick-start an acceleration plan to reach the targets.”

“The right to health for all is non-negotiable,” said Mr Sidibé. “Sex workers, gay men and other men who have sex with men, prisoners, migrants, refugees and transgender people are more affected by HIV but are still being left out from HIV programmes. More investments are needed in reaching these key populations.”

“Communities are echoing UNAIDS’ call,” said Vincent Pelletier, positive leader and Executive Director of Coalition PLUS. “We need universal access to adapted prevention services, and protection from discrimination. We call upon world leaders to match commitments with funding, in both donor and implementing countries.”

In 2017, around 58% of all new HIV infections among adults more than 15 years old were among women and 6600 young women between the ages of 15 and 24 years became infected with HIV every week. Increased vulnerability to HIV has been linked to violence. More than one in three women worldwide have experienced physical or sexual violence, often at the hands of their intimate partners.

“Inequality, a lack of empowerment and violence against women are human rights violations and are continuing to fuel new HIV infections,” said Mr Sidibé. “We must not let up in our efforts to address and root out harassment, abuse and violence, whether at home, in the community or in the workplace.”

Six countries, Botswana, Cambodia, Denmark, Eswatini, Namibia and the Netherlands, have already reached the 90–90–90 targets and seven more countries are on track. The largest gap is in the first 90; in western and central Africa, for example, only 48% of people living with HIV know their status.

A big year for the response to tuberculosis

There have been gains in treating and diagnosing HIV among people with tuberculosis (TB)—around nine out of 10 people with TB who are diagnosed with HIV are on treatment. However, TB is still the biggest killer of people living with HIV and three out of five people starting HIV treatment are not screened, tested or treated for TB. The United Nations High-Level Meeting on Tuberculosis in September 2018 is an opportunity to bolster momentum around reaching the TB/HIV targets.

The cost of inaction

Around US$ 20.6 billion was available for the AIDS response in 2017—a rise of 8% since 2016 and 80% of the 2020 target set by the United Nations General Assembly. However, there were no significant new commitments and as a result the one-year rise in resources is unlikely to continue. Achieving the 2020 targets will only be possible if investments from both donor and domestic sources increase.

From townships in southern Africa to remote villages in the Amazon to mega-cities in Asia, the dozens of innovations contained within the pages of the report show that collaboration between health systems and individual communities can successfully reduce stigma and discrimination and deliver services to the vast majority of the people who need them the most.

These innovative approaches continue to drive the solutions needed to achieve the 2020 targets. When combination HIV prevention—including condoms and voluntary medical male circumcision—is pursued at scale, population-level declines in new HIV infections are achieved. Oral pre-exposure prophylaxis (PrEP) is having an impact, particularly among key populations. Offering HIV testing and counselling to family members and the sexual partners of people diagnosed with HIV has significantly improved testing access.

Eastern and southern Africa has seen significant domestic and international investments coupled with strong political commitment and community engagement and is showing significant progress in achieving the 2020 targets.

“For every challenge there is a solution,” said Mr Sidibé. “It is the responsibility of political leaders, national governments and the international community to make sufficient financial investments and establish the legal and policy environments needed to bring the work of innovators to the global scale. Doing so will create the momentum needed to reach the targets by 2020.”

The Joint United Nations Programme on HIV/AIDS (UNAIDS) leads and inspires the world to achieve its shared vision of zero new HIV infections, zero discrimination and zero AIDS-related deaths. UNAIDS unites the efforts of 11 UN organizations—UNHCR, UNICEF, WFP, UNDP, UNFPA, UNODC, UN Women, ILO, UNESCO, WHO and the World Bank—and works closely with global and national partners towards ending the AIDS epidemic by 2030 as part of the Sustainable Development Goals. Learn more at unaids.org and connect with us on Facebook, Twitter, Instagram and YouTube.

Pandemic Shows ‘We Cannot Afford to Allow Multilateralism to…

Pandemic Shows ‘We Cannot Afford to Allow Multilateralism to…