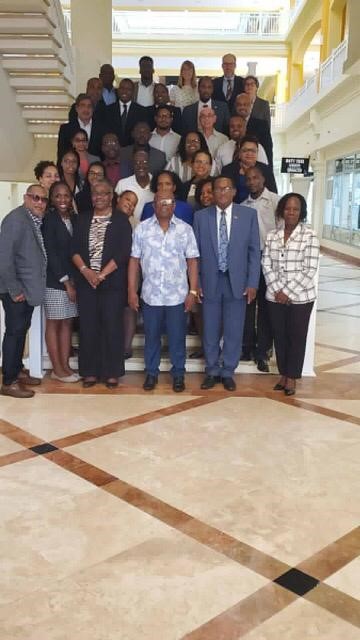 (Caribbean Community Secretariat, Turkeyen, Greater Georgetown, Guyana) The Caribbean Community (CARICOM) is calling for a focus on robust and extensive scientific findings on climate change as it prepares to participate in the 25th Meeting of the Conference of Parties (COP 25) to the United Nations Framework Convention on Climate Change later this year.

CARICOM Environment Ministers and climate change experts met in St. Kitts and Nevis from 17-18 October for the annual preparatory meeting ahead of the Climate Change Conference, scheduled for  2- 13 December in Santiago, Chile.

The Meeting took place against the reality of ongoing and unprecedented drought and water shortages in St Kitts and Nevis, and at a time when attention is focused on reconstruction and recovery from the destruction wrought by Hurricane Dorian in parts of the Bahamas.

World’s complex challenges are great, but not…

50 million financing from CDP to combat climate change in…

The Ministerial meeting was chaired by Hon. Minister Eugene Hamilton, Minister of Agriculture, Marine Resources, Cooperatives Environment and Human Settlements of St Kitts and Nevis. In his remarks, Mr. Hamilton made a strong call for the Region to continue to place science at the forefront of its efforts and positions for the upcoming Conference. He stressed that the science on climate change was clear, compelling and not negotiable, and should be treated as such.

The Ministers reflected on the findings of the three most recent scientific reports from the Intergovernmental Panel on Climate Change that focus on the implications of global warming of 1.5 degrees Celsius, as well as the relationship between climate change, land, oceans and ice.

These reports provide robust scientific evidence that small island developing states are already experiencing widespread impacts from climate change and that these risks will intensify as global temperatures increase. Only ambitious efforts made on a global scale to limit global warming to 1.5 degrees Celsius will reduce existential threats to small islands, the reports posited.

Senior officials outlined key priority issues for the attention of regional Ministers at the Chile Conference:

 That COP 25 in Chile must deliver a strong call for new ambitious nationally determined contributions (NDCs) by 2020 – in particular by major emitting countries – that are consistent with the latest climate science and produce accelerated climate change action. This outcome should also encourage Parties to come forward with long-term low emission development strategies that include projections for peaking emissions by Parties;

 Rules for carbon markets that deliver an overall mitigation in global emissions by moving beyond zero-sum offsetting approaches to accelerate the reduction of global emissions; that deliver a substantial share of proceeds to address the adaptation needs of vulnerable countries; and that ensure environmental integrity.

 The imperative for the mobilisation of climate finance toward the US$100B goal to allow for vulnerable countries, like those in the Caribbean to adapt to the dangerous impacts of climate change and also to implement their own mitigation plans;

 A successful outcome of the review of the Warsaw International Mechanism on Loss and Damage which should, in the medium and longer term, be able to actively assist vulnerable countries to address the irreversible loss and damage caused by the dangerous impacts of climate change;

The Ministers noted their anticipation for strong representation by the Region at the Chilean Conference in December.

Ministers Of The Americas Highlight Contribution Of Agriculture To Climate Change…

Build momentum to ‘finish the job’ and end COVID-19…

Build momentum to ‘finish the job’ and end COVID-19…