Relations within the Western Hemisphere: an uneasy alliance

I have written about CARICOM’s trading relations with the countries in the Western Hemisphere (USA, Canada and Latin America), the region’s natural trading partners. Recent reports in the international and local media about the Organization of American States (OAS) and the Inter-American Development Bank (IADB) have led me to think about the relationships within the Western Hemisphere and to recognize how little we actually know about the countries, their history, culture, politics, and institutions. What is clear, for nearly 200 years, one country has been extremely influential in this hemisphere.

The Western Hemisphere, the Americas including the Caribbean, comprise thirty-five (35) independent countries as well as some dependent territories of the USA, Britain, the Netherlands and Departments of France. The USA was the first to secure its independence from one of the European colonial powers in 1776. The next was Haiti from a slave revolt in 1804 in a hemisphere where slavery was institutionalized. For many, independence did not include abolition of slavery.

The independence movement spread into Latin America. Led by Simón Bolívar, countries in South and Central America, starting with Venezuela and Colombia, became independent between 1810-1828; Mexico in 1821, and the Dominican Republic in 1844. The 1898 Spanish/American War transferred control of Cuba and Puerto Rico from Spain to the USA. Cuba gained pseudo-independence from the US in 1902. Panama, with US support, seceded from Colombia in 1903 facilitating the construction of the Panama Canal which remained under US control until 1999. Canada became independent in 1867 and the British West Indian territories in the Caribbean, Central and South America from the 1960s into the 1980s.

US foreign policy in the hemisphere in the 19th and early 20th Centuries was governed by the Monroe Doctrine, establishing the region as the US sphere of influence, and Theodore Roosevelt’s big stick policy. The policy of “America First” did not originate with President Donald Trump. The US’ relationship with countries in the hemisphere was increasingly strained highlighted by what historians now say were two “made in the USA” wars – the 1848 Mexican/American War, leading to expansion of US territory, adding to California and annexing Texas, and the 1898 Spanish/American War. Central America came under US influence from 1899, through its United Fruit Company, becoming “Banana Republics”. The US also occupied Haiti, 1915-1934, and the Dominican Republic, 1917-1924.

Establishment of the OAS

Although distrust and resentment existed, the 9th International Conference of American States held in Bogota, Colombia in 1948, at the end of World War II and the beginning of the Cold War, agreed to establish the multilateral OAS headquartered in Washington DC. Its pillars are 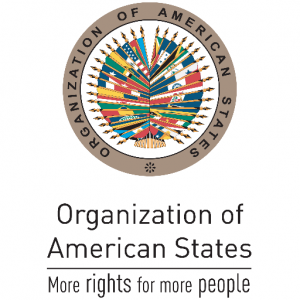 democracy, human rights, security and development. The USA provides the bulk of funding. Associated bodies established in 1959 are the Inter-American Commission on Human Rights and the Inter-American Development Bank (IADB) both located in Washington DC. Technically, all countries are now members but note that Canada did not become a full member until 1990. Cuba’s membership was suspended in 1962 following its 1959 Revolution.

The USA has had at least two major initiatives to promote trade and economic cooperation in the hemisphere, particularly in Latin America and the Caribbean.  These have been the 1961 Alliance for Progress initiated by President John F. Kennedy and the Enterprise for the Americas initiated by President George H.W. Bush in 1990. The Alliance for Progress was assessed as generally unsuccessful.

The Enterprise for the Americas initiative was aimed at establishing a hemisphere wide free trade area. From this, the Summit of the Americas was institutionalized to be held every three (3) years. The first was held in

the USA in 1994 at which negotiations for a free trade area of the Americas (FTAA) was launched. They were to conclude in 2005. The negotiations failed due to disagreements between Latin American countries and the USA.

There is, of course, the 1994 North American Free Trade Agreement (NAFTA), recently succeeded, at US insistence, by the US, Mexico, Canada Agreement (USMCA). NAFTA had been assessed by others as quite successful.

The Summits of the Americas have continued. Cuba’s OAS suspension was conditionally lifted and the country actually attended the 7th and 8th Summits in 2015 and 2018, although Cuba has not formally taken its seat at the OAS. Note that the 9th Summit is due to be held in the USA in 2021, and the US has already assumed the chairmanship.

President Hugo Chavez of Venezuela and other leaders had different ideas about the direction of the Americas, specifically, Latin America and the Caribbean (LAC). In 2004, Chavez proposed the Bolivarian Alliance for the Peoples of Our Americas (ALBA) as an alternative to the FTAA. Members included several CARICOM countries. In 2005, he also initiated the PetroCaribe Agreement to assist eighteen (18) Caribbean countries to access oil supplies on concessionary terms.  To promote deeper integration among the thirty-two (32) LAC countries, the Community of Latin American and Caribbean States (CELAC) was launched in 2011.

Today, with Venezuela in crisis, the Trump administration in the USA, change of administrations in LAC, China a significant regional player, and COVID-19 a factor, relations in the hemisphere seem fractured. I do not see unity of positions in the OAS, in CELAC and within CARICOM. Indeed, some positions are now quite puzzling. US influence still permeates.

I do believe that we all need to be more attentive to developments within this hemisphere.