Where have our Traditional Agricultural Exports gone?

Last week, I wrote about our primary traditional export, sugar, the production and export of which have declined significantly in the region. When I did geography at high school in the 1970s, the Caribbean was known for its agricultural exports – in addition to sugar, limes for citric acid from Dominica; nutmegs from Grenada; and arrowroot from St. Vincent and the Grenadines. There were also bananas, ginger, cocoa, and coffee. Guyana was also known for rice. Citrus was a major export – oranges, grapefruits, ugli fruit, ortaniques, tangerines and mandarins. Note that grapefruit, ortanique and ugli were propagated in the Caribbean – grapefruit possibly in Barbados and ugli and ortanique in Jamaica.

Up to the 1950s, agricultural products were the main exports from Commonwealth Caribbean countries, but declined in the 1960s for countries such as Jamaica becoming about 11% of gross domestic product (GDP). Of course, this contribution to GDP further declined with diversification of the economies into mining, manufacturing and services (tourism). Agriculture products also declined with development of synthetic substitutes and competition from lower cost producers. In recent years, the largest contribution of agriculture to GDP seems to be in Guyana, about 18%, with an estimated 4% in Barbados, 9% – Belize, 17% – Dominica, 9% – Jamaica, 2.1% – Saint Lucia and 0.5% – Trinidad and Tobago. In some countries, a high percentage of the labour force is still employed in agriculture – Guyana – 18%, Jamaica – 16%, Dominica – 21%, Saint Lucia – 10%, Trinidad and Tobago – 3%.

As we now look for growth in the agriculture sector, in production and exports, we need to ask, where have the traditional exports gone? From here, I will mainly use Jamaican figures.

Sugar – In sugar, in the 1990s, Jamaica’s export of sugar was in the region

of US$85 million to US$101 million, by 2017, the value was US$14 million and by 2020, it was US$7 million. Caribbean sugar producers are now competing with EU and UK domestic beet sugar producers and large cane sugar exporters from Latin America, Asia and Africa. Prices in the UK market are now much lower.

Bananas – a major product for diversification of the agricultural sector in the 1870s, Jamaica pioneered the export of bananas into the USA and later into Britain. Competition from banana producers in Latin America, through the United Fruit Company, came from the early 1900s. With preferential treatment in the British market, bananas remained a major export for 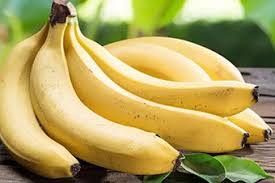 Jamaica, Belize and islands in the Eastern Caribbean up to about 2008, when the dispute in the World Trade Organization (WTO) led to the liberalization of the British (EU) market. Commonwealth Caribbean exports to the British market have been drastically reduced. Jamaica’s banana exports, in the 1990s, were valued at about US$43million. In 2020, Jamaica’s banana exports were valued at only US$726,000.

Cocoa – the Caribbean produces a high quality fine or flavoured cocoa. In Jamaica, the crop has been affected by inclement weather and disease.

Coffee – Jamaica is a main exporter of coffee and is known for its Blue Mountain brand. In 1995-1998, Jamaica exported an average US$28 million. In 2020, coffee exports were valued at US$16 million. Exports have been

fluctuating due to changes in the export market. The price of coffee berries paid to the farmers has declined. The crop has also been affected by inclement weather and disease.

Citrus – Jamaica had a thriving citrus industry which has been decimated by the citrus greening disease (Huanglongbing) which has no cure. In 2004,

exports were valued at about US$2 million but, in 2020, it was down to US$384, 000. Jamaica’s main exports were oranges, ortaniques, grapefruits and ugli.

Jamaica also exported ginger and pimento both of which have declined. Jamaican ginger was known for its pungency and potency. Production has been severely affected over decades by Ginger Rhizome Rot disease. Jamaica remains a main producer of high quality pimento. However, production is affected as trees are limbed for use in jerking and for oil, and as trees are not replanted. A pimento tree takes about 5 years to come to maturity.

There is still the potential for developing crops such as cocoa, coffee, ginger, and pimento for export. I have noted that the Ministry of Agriculture is working with the Food and Agriculture Organization (FAO) to revive some of these crops, but they require interest, perseverance and investment from stakeholders. Non-traditional exports, fruits, vegetables and ground provisions are showing consistent growth but also require investment and the move into value-added products, which means investing in research and development. We need to find a way of recovering the loss in the value of traditional agricultural exports.

But, really, are we serious about agriculture?