I will live and die a banana man.

(Song of the Banana Man by Evan Jones)

I recently listened to a reading of Evan Jones’ poem “Song of the Banana Man” by George Alexander Scott. This poem was written in the 1940s. For nearly 100 years, from 1870 to 1970, Jamaican small farmers, particularly in the eastern parishes of Portland, St. Mary, and St. Thomas, relied on income from the export of bananas, first to the USA and then, after 1932, to a guaranteed preferential market in the United Kingdom (UK). Bananas became the second most important export crop in Jamaica. It was green gold for many involved in the industry, although there were fluctuations in production due to inclement weather (hurricanes), diseases, and war. Between 1960-1971, Jamaica was exporting, on average, about 150,000 metric tonnes (mt) of bananas to the UK valuing then J$12 million (might be about US$108 million in today’s purchasing power).

The industry had a major slump in the 1980s due to severe weather but exports continued. The rehabilitation of the industry in the 1990s, with European Union (EU) support, saw larger farms being established and investments by the Jamaica Producers Group to have more efficient production and meet EU product standards. Jamaica, from 1995-2000, exported on average 66, 000 mt at a value of US$38 million, but would not regain the figures of previous years. In fact, the 1993 EU quota of 105, 000 mt was rarely met. My impression also is that small farmers felt marginalized in this rehabilitation process.

The protracted banana dispute in the World Trade Organization (WTO) from 1996-2008 would see rulings against the EU, of which the UK was then a member, and the liberalization of the market giving further access to bananas from Latin American producers thus increasing competition in the UK market. In addition, from 2004-2008, almost annual hurricanes decimated the crop and Jamaica Producers announced its departure from the UK market. From 2008, banana exports plummeted to an average of 59 mt.

Having duty-free and quota-free access to the EU/UK market under the CARIFORUM/EU Economic Partnership Agreement (EPA), the Jamaica All Island Banana Growers Association, through the Banana Export Expansion Programme, sought to re-enter the UK market between 2014-2016. This was not a successful enterprise as UK market prices had plunged and Jamaica’s cost of production was high. Jamaica’s banana exports to the UK since then have been minimal. Exports from Jamaica are now mainly to Canada, UK and the Cayman Islands. In 2020, Jamaica’s banana exports valued merely US$726, 000, an increase over 2019’s US$578, 000. The reported 64, 000 mt of bananas produced in 2019 mainly supplied the domestic market including the tourist industry. 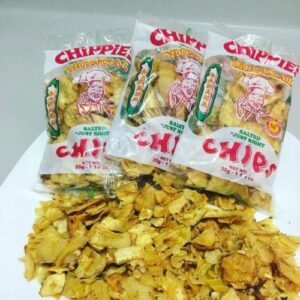 brought to the market its St. Mary brand of chips. While quantities have been exported to the USA, Canada, UK and Cayman Islands, banana chips have not become a big export item. In 2020, chips exports valued US$619, 000.  In fact, Jamaica imports significant quantities of banana chips from Costa Rica and the Dominican Republic. In 2020, Jamaica’s imports valued US$4 million from the Dominican Republic and US$5.6 million from Costa Rica. Consider this.

According to the UN Food and Agriculture Organization (FAO), the major banana exporter in the Caribbean has been the Dominican Republic, exporting to the USA and several EU countries including the UK. Total exports in 2019 were valued at US$246 million declining to US$165 million in 2020. The most consistent CARICOM exporter is Belize which exported a value of US$39 million in 2019 increasing to US$44 million in 2020. Suriname is also a fairly significant banana exporter. Exports from the Eastern Caribbean, mainly Saint Lucia and Dominica, have gradually declined as their stakeholders struggle to keep the industry viable. It has been difficult to compete in the UK market with their fair trade brand and to control disease affecting the crop. The 2019 FAO and other source figures show minimal exports from Saint Lucia and Dominica.

So, in these days, in Jamaica and the Eastern Caribbean, the banana song has become a lament for producers and exporters. From exports, the green no longer brings in gold.

Youth Economy in Focus under Stewardship of new CDB Chairman