Over the last three (3) weeks, I have looked at the status of our traditional exports, mainly agricultural commodities which have been exported from Jamaica and other Commonwealth Caribbean countries since the eighteenth century. These include bananas, which started in the 1870s, and coconuts and coconut products developed in the 1930s. The general assessment is unfavourable as exports have declined leaving an earnings gap to be filled.

The effort to diversify the economy, in Jamaica specifically, intensified in the 1950s, which took us into non-traditional products and exports. The definition of non-traditional may differ from country to country, but, for this article, I believe that non-traditional should take account of the new products introduced since the 1950s including value-added products from the traditional agricultural exports. In Jamaica, this period, saw the move into mining and manufacturing, including agro-processing. Manufacturing included light assembly, textiles and clothing, furniture, paints, cement, paper and metal products, with agro-processing going into new value-added products. Mining included bauxite and gypsum and by 1968, the production of alumina. I note, however, that in Jamaica, bauxite/alumina is listed as traditional, and not non-traditional, exports. To me, they should be considered non-traditional.

As the Jamaican/Caribbean diaspora increased in the USA, United Kingdom, Canada, there was expanding demand for Caribbean food and beverage products and a niche market was seen.

From the 1980s, the Jamaican Government and private sector, focused on developing the non-traditional exports extending to horticultural products 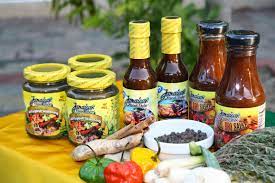 (cut flowers, foliage and plants), aquaculture (tilapia), seafood (conch and lobsters), fuels (ethanol), food (sauces, jams, juices and ground provisions – yams, etc). You may recall the effort to get canned ackees approved for export in the USA. Jamaica also sought to produce fruits (cantaloupes) and vegetables (broccoli and cauliflower) for export to the USA during the winter season. The 807 textiles and clothing programme was introduced at this time. Growth of non-traditional exports was seriously affected by Hurricane Gilbert in September 1988. Even before then Carl Stone writing in the Gleaner of November 23, 1987 expressed concern about what he saw as the disappointing performance of non-traditional exports. I note his comment which could apply today “I have some real doubts about our seriousness towards expanding exports.”

807 textiles and clothing, ethanol and horticultural products (cut flowers, foliage and plants), which had been quite vibrant, have all now ceased or declined significantly. 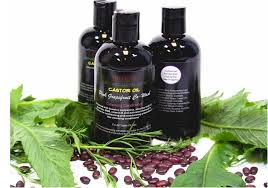 beverages; crude materials (limestone), and, under other, is listed furniture, chemicals, and wearing apparels. The figures for non-traditional exports from 2000 show that the more stable exports, with indications of growth, are in food, beverages and mineral fuels. So, from the 1990s onward, non-traditional exports did see recovery and growth in some areas, but their overall performance could have been better. 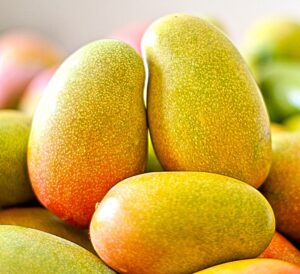 traditional products in third country markets, such as USA, UK, Canada and the Caribbean. There are also other products which could be exported in larger quantities, such as fresh/frozen coconut water, castor oil, hair and cosmetic products, mangoes, breadfruit, and teas. We have also seen the news reports that Jamaica could earn significant foreign 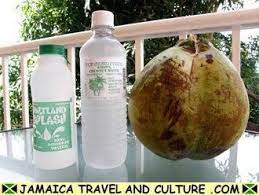 exchange from exporting nutraceuticals and medical cannabis. But, the problem has been inadequacy of supplies, investments and regulations. There is the longstanding view that Jamaica is a sample country.

In food, getting the raw materials and the produce, of course, is linked to agriculture. Getting farmers interested in producing the products. Ensuring that they have the land and financing needed, and the proper advice from extension services for cultivating and reaping the crops. Ensuring that there are the factories for processing and that producers understand the requirements for entering foreign markets. Health standards (sanitary and phytosanitary measures) are important requirements as are the technical regulations which include certification and labeling. Products must meet international standards, which often means meeting specific standards established by supermarket chains.

My understanding is that most of those producing and exporting non-traditional products in the food and beverage category are micro, small and medium sized enterprises (MSMSEs). Efficient production and sustaining competitive costs of production provide serious challenges for these businesses which impact their ability to compete in export markets. In this regard, they need to innovate, invest in good equipment, apply technology, and make better use of e-commerce. They also have to consider producing healthier and greener products. Bearing in mind that they will be competing against similar products coming from countries in Africa, Asia, and Latin America, and even from North America. For MSMEs, intellectual property rights is also important. There are many anecdotes about products being passed off in global markets as Jamaican.

Of importance also is marketing, the buyers/consumers in the export markets need to be provided with information about the product being sold. Thus trade promotion is an essential activity and MSMEs would benefit from participating in trade fairs, local and global. In these times, this could be virtual. Thus, as traditional exports are declining, and here I include bauxite and alumina, to fill the earnings gap, Jamaica needs to focus on expanding non-traditional exports, but as Carl Stone asked in 1987, as a country, are we really serious about exporting?

I see the Jamaica Manufacturers and Exporters Association (JMEA) pledging to forge partnerships in agriculture production and to be more engaged in trade promotion in association with JAMPRO and the Ministry of Foreign Affairs and Foreign Trade. Let’s see whether they can actually move towards achieving sustainable exports.

Reopening of schools in Dominica postponed due to COVID-19 surge