World Bank: The Caribbean Diaspora is a sizeable, well-educated and affluent demographic … supported by right incentives and policies, diaspora members could play an even larger role in contributing to the region’s development. 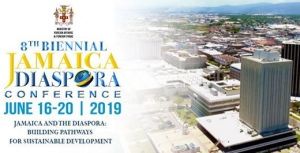 As Jamaica’s 8th Biennial Diaspora Conference is being held in Kingston this week under the theme “Building Pathways to Sustainable Development”, I thought that I would look at the potential of a united Caribbean Community (CARICOM) Diaspora i.e. persons who have migrated from CARICOM Member States.

Migration from the British West Indies (BWI) seeking work in overseas countries and territories commenced in the 1860s and continued. Today, the main concentration of migrants from CARICOM Member States is in the United Kingdom (UK), the United States of America (USA) and Canada. A rough estimate has the total combined CARICOM Diaspora in the UK, USA and Canada numbering about 3.4 million; 600, 000 in the UK, 2 million in the USA, and 800,000 in Canada. The majority are from Jamaica, Haiti, Guyana and Trinidad and Tobago.

Besides Jamaica, other CARICOM Member States engaging with their diaspora in North America and Europe are Haiti, Guyana, Barbados, Grenada, St. Lucia and Trinidad and Tobago. An important area for engagement is trade and investment. Jamaica’s National Foreign Trade Policy and Draft Diaspora Policy identify this as an important area for cooperation.

Diaspora demand stimulated exports of non-traditional products from the region into the UK, USA and Canada. These non-traditional products include fruits, vegetables, ground provisions, sauces, condiments and baked goods. By opening stores, restaurants and bakeries, members of the diaspora introduced the wider population to the culture, products and cuisine of the Caribbean. Non-traditional exports have been growing. The diaspora is still seen as a niche market for the region.

The World Bank, Commonwealth and others see the potential of the CARICOM diaspora as a united force for advocacy and promoting regional growth and development, but how coordinated is this diaspora in the UK, USA and Canada? 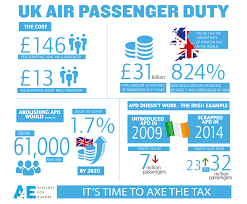 The CARICOM Diaspora in the UK does not appear to have a formal structure but is engaged through the CARICOM Caucus of High Commissioners and Ambassadors in London. They collaborated successfully from 2009-2015 to change the Air Passenger Duty policy and more recently on the Windrush issue. A British-Caribbean Chamber of Commerce does exist.

I noted that in 2017 the Ambassador of Guyana to the USA, Dr. Riyad Insannally, called for a more structured engagement between the CARICOM Caucus of Ambassadors in Washington DC and the diaspora to advance the region’s causes. As we have seen, the largest concentration of CARICOM migrants is in the USA. I am aware of the activities of the Institute of Caribbean Studies and the Caribbean-American Political Action Committee. June is designated Caribbean American Heritage Month. There is 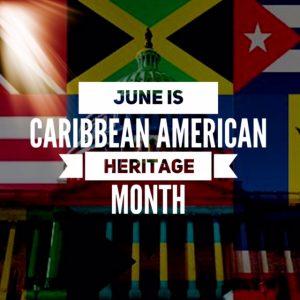 a Caribbean American Chamber of Commerce and Industry which aims to promote and sustain trade and investment between the US and the Caribbean. It does not appear, however, that the CARICOM Diaspora is as well coordinated as it could be especially in New York, New Jersey and Florida which have the highest concentration of CARICOM migrants. In these states, contact points would be the Consulates in New York and Miami.

Ontario.  It is the caucus of CARICOM Consuls in Toronto which is the contact point for the diaspora in the Greater Toronto area. There is the CARICOM Caucus of High Commissioners and Ambassadors in Ottawa which is also engaged with the diaspora in Ontario and other parts of Canada.

It is evident that some effort is being made to organize the CARICOM diaspora to improve their status in their countries of residence as well as to promote the region’s interests. It is clear that much more would need to be done to coordinate and manage a CARICOM diaspora structure in the UK, USA and Canada. Currently, the priority of CARICOM Member States is their national diaspora engagement. The potential is there for diaspora engagement on a regional level but this is clearly a work in progress which needs further encouragement from within the region, the private sector and regional bodies. The newly established Caribbean Chamber of Commerce (CARICHAM) could be looking at partnering with Caribbean Chambers in the UK, USA and Canada. As been often said, to sustain growth within the region and to implement the UN Sustainable Development Goals (UN SDGs), partnering to increase trade and investment flows is essential.

Sir Hilary To Appear Before US Congress On Reparations

Our advocacy against gender-based violence must be resolute, sustained -CARICOM…

UNICEF seeks $27.5 million to step up cholera response in Haiti