Small islands can ‘lead by example’ in climate fight

(Cayman Compass) Low-lying islands like Grand Cayman could become uninhabitable within the next century without “transformative change” in the global approach to climate change.

That’s the verdict of Rueanna Haynes, a climate analyst and guest speaker at the RF Cayman Economic Outlook conference.

The potential for ‘monster’ storms like Hurricane Dorian, which hit the Bahamas last year, and the likelihood of significant sea-level rise pose an existential threat to many Caribbean islands, Haynes said.

CARICOM Negotiators To Ramp Up Efforts To Pursue CARICOM… 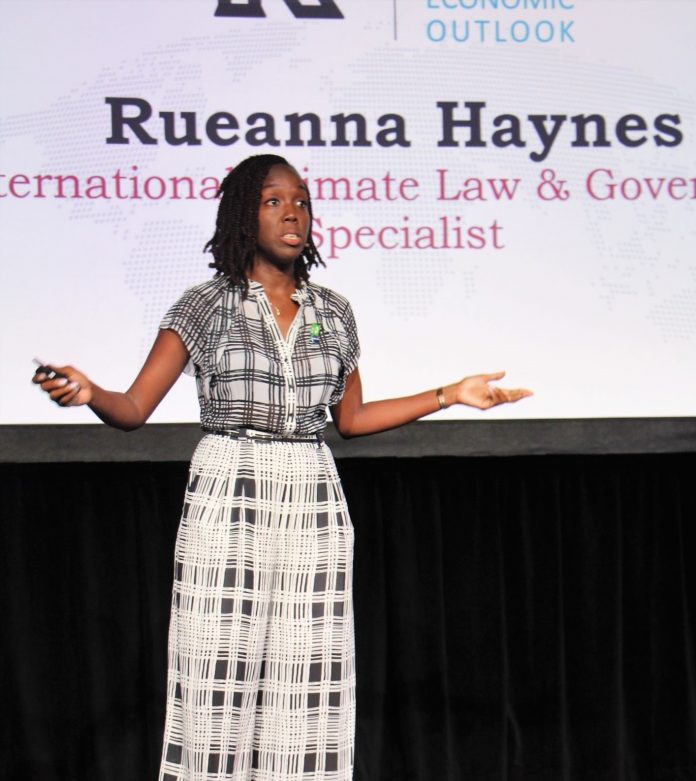 Two metres of sea-level rise would leave almost all of Grand Cayman under water, she told delegates at the conference at the Kimpton Seafire Resort last week. Long before that happens, she warned, the island’s freshwater lens and its capacity to sustain a community would be compromised.

Even with a significant international effort to abandon coal and limit global temperature rises to 1.5 degrees C – the most optimistic scenario – she said island nations would need to brace for some inevitable impacts.